One morning in January 2021, I woke up to find a tiny bruise just below my middle finger on the palm of my left hand. It was a little tender and about the size of a pea, but I had no recollection on how it got there. I don’t remember hitting my hand anywhere so I pretty much dismissed it.

Over the next few days the bruise started getting painful to touch so I had it seen by a pharmacist who suggested it would improve in a few days and told me to take some pain killers and apply some Witch Hazel.

After about a month, the visible bruise had almost gone but now the pain was travelling up my middle finger, making it feel quite sore to clench my fist. Everyday the stiffness and swelling was getting worse and by March 2021 I couldn’t clench my fist fully anymore.

In other news, I also have some mild Psoriasis on my leg and elbow, and the doctors initially thought that I was suffering from Psoriatic Arthritis in my hand, so I spent the following few months seeing various consultants in the Dermatology and Rheumatology departments.

I had an x-ray to check out the bones followed by an ultrasound to look at the muscles and tendons, plus some anti-inflammatory tablets to manage the swelling. Turns out my Psoriasis is under control and I don’t have Arthritis.

So what the hell is it?!

Here you can see how swollen my middle finger is 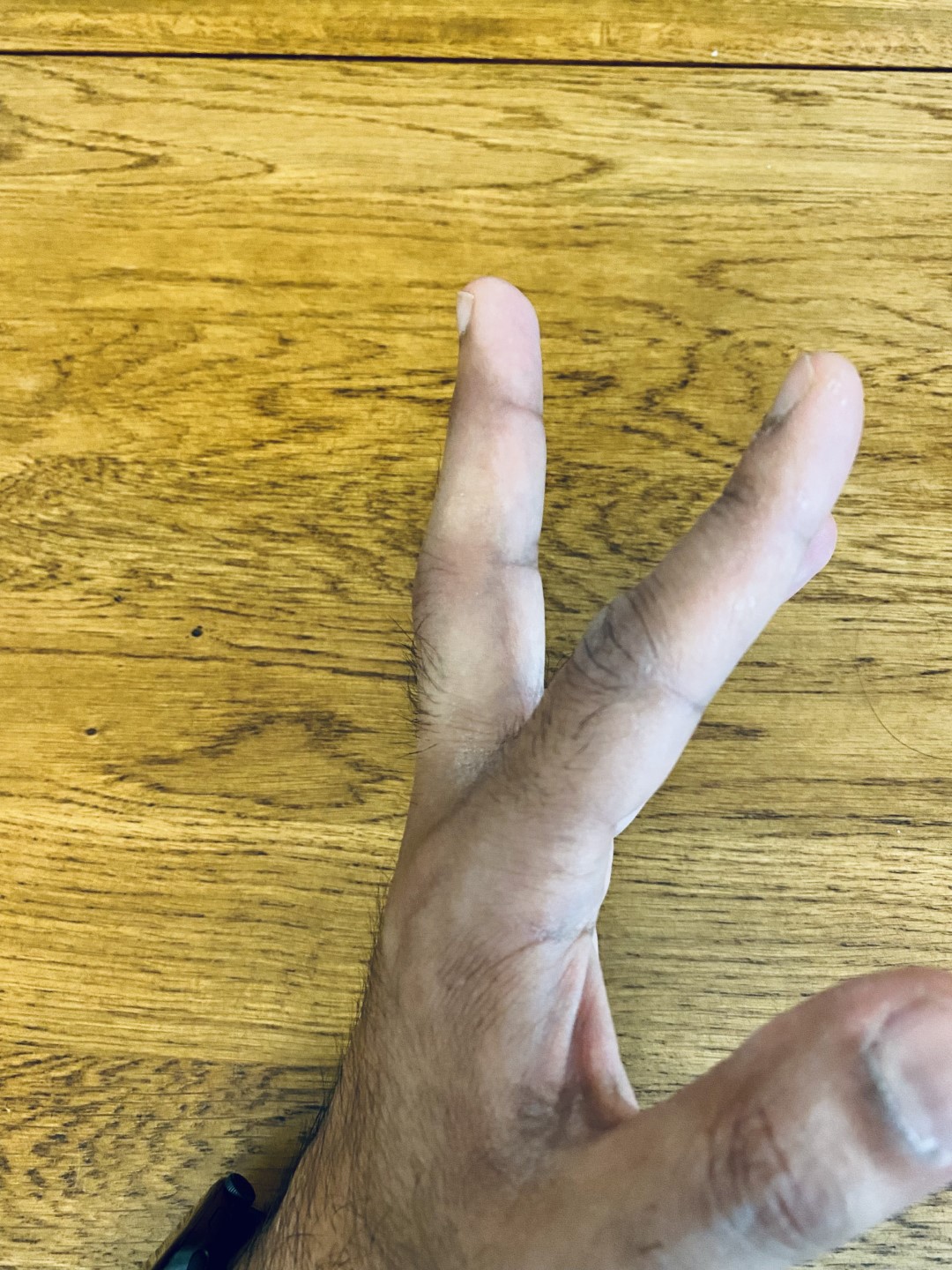 The next 8-10 weeks were spent with the hand therapy unit at the hospital where I was given various stretches to try and improve the movement in the finger. I was also given a splint to wear whenever I could (while watching TV or sleeping etc…) and even tried some heat therapy but nothing was showing any signs of improvement.

The next option in line (before surgery) is a steroid injection into the base of my finger where the issue is thought to be originating. So in January 2022, a year after the issue started I went for my steroid injection, hoping that this would be the end of the issue.

The injection was given in my palm, just below my middle finger. I was first given some local anaesthetic which was more painful than expected, followed by the steroid. I was told that the steroid would take full effect within 14 days and should loosen any stiffness in the tendon to give me full range of movement back.

So this is where I currently am. Still unable to fully bend my middle finger. Unable to clench my fist or grip anything tightly. Feeling constant discomfort making it very difficult to do my job (typing all day) as well as simple tasks around the house.

I’m currently in conversations with a hand surgeon and awaiting some results from an MRI scan I had. Hopefully the scan will give a clearer idea of what the issue is and it’ll get sorted soon. 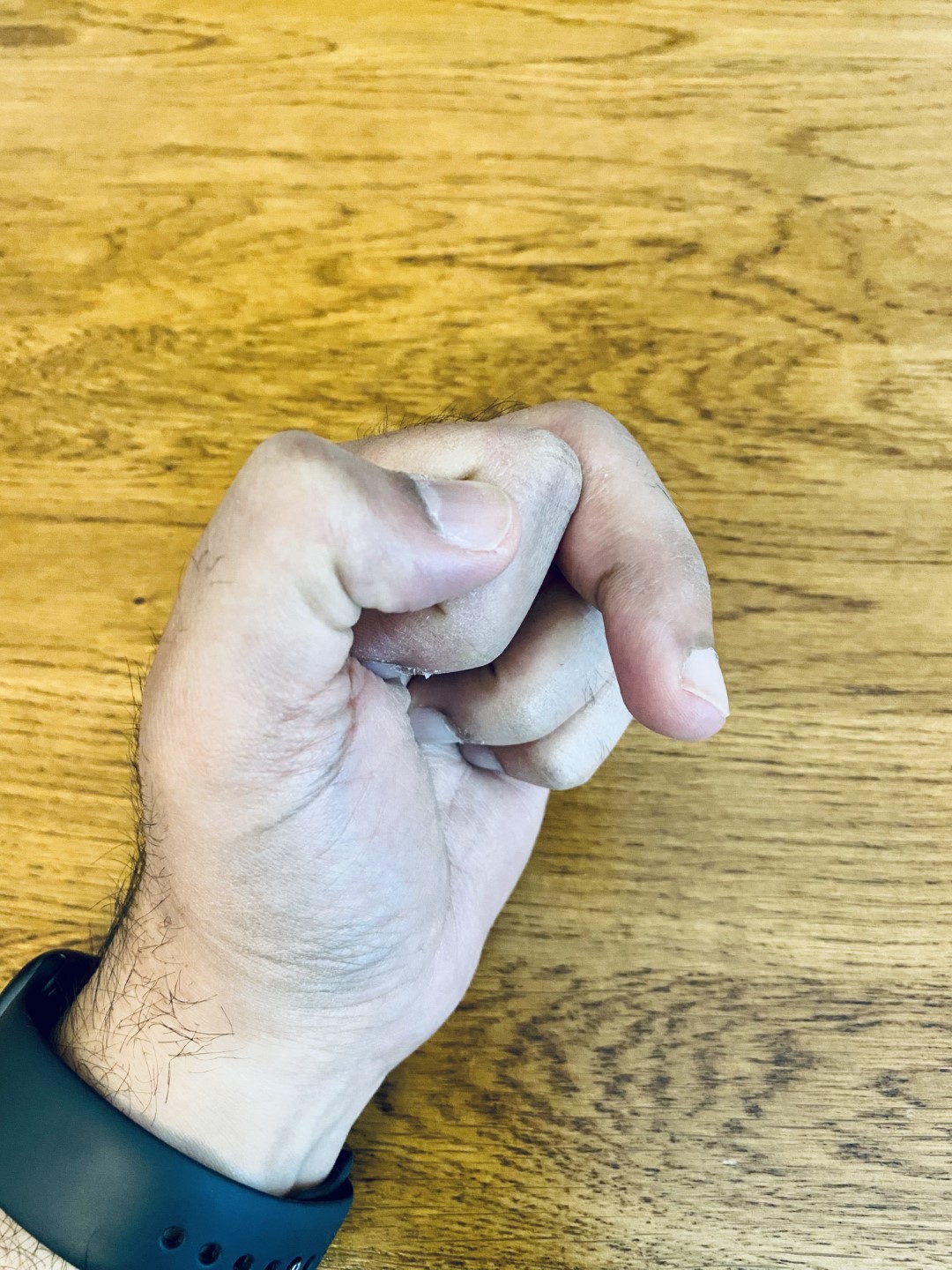 I can't fully clench my fist 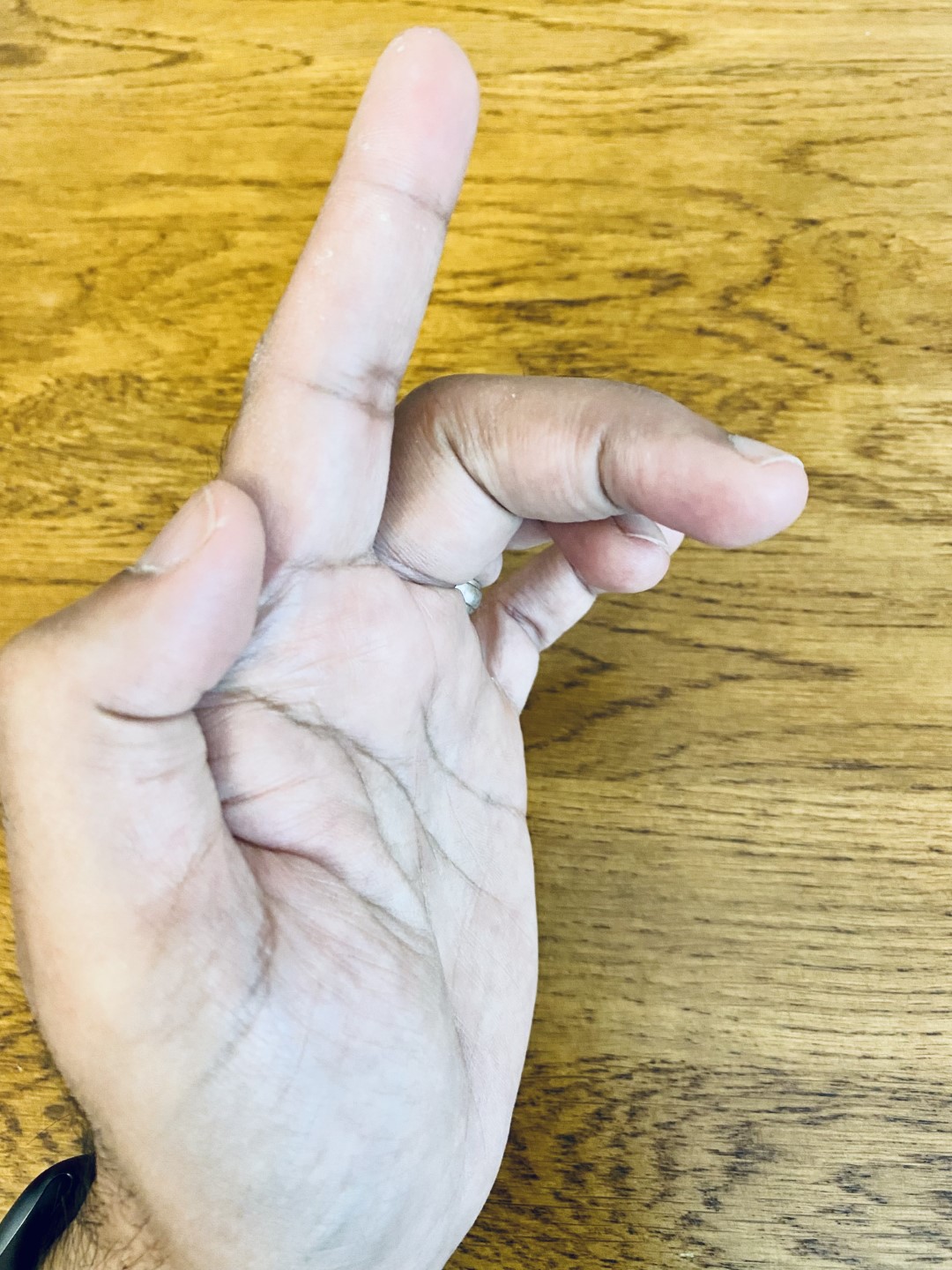 This is as far as my finger bends 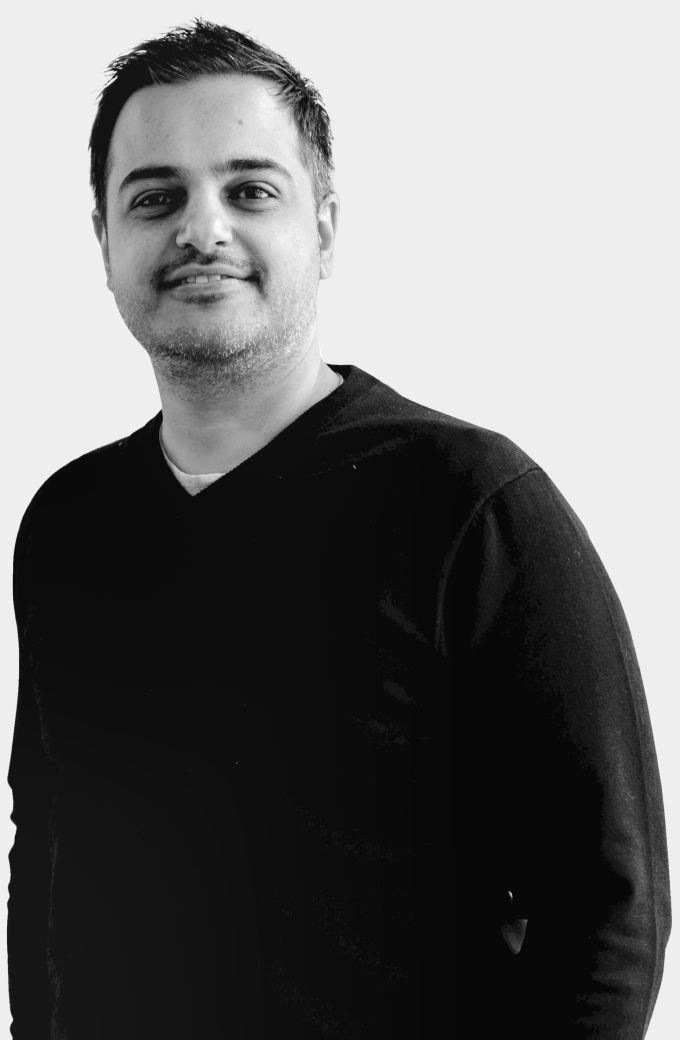